Do my social media milestones matter?

My wife and I started this blog (formerly Eat More Cookies) way back in July 2006. We were about to complete our third year in Oklahoma, with family back home in New York and friends mostly dotted around the East Coast. We thought those friends and family could better keep in touch with us and see photos of our growing kids if we posted them online, so yeah, we pretty much invented Facebook too. eBird was nascent in those days, and our family blog was also a place where I could post photos and provide lengthy descriptions of my birding trips. I could also share information more generally, like how to feed hummingbirds or why cardinals are often bald in late summer. I threw in a bit of humor, a rather large number of haiku, birding newsletters, some movie reviews, sports fandom, science communication, an original podcast, and political editorial.

Since 2006, Facebook has taken up a lot of that slack so my posting rate here has dropped quite a bit. It’s easier and more effective to share newsletters and other items on Facebook, too. eBird now lets me generate checklists to which I can attach photos, audio, and video. I’ve even specialized with additional blogs: A lot of what you might ever want to know about birds can be accessed through NREM/BIOL 4464 – Ornithology. The O’Connell Lab website is one-stop shopping for most of my professional research and teaching information. Avian Window Kills is a continuous summary of near daily monitoring for window-killed birds at a building on campus at OSU in Stillwater. I’ve even developed and maintain a website for the Payne County Audubon Society. What remains here at The Waterthrush Blog is still dominated by science, birds, and political screeds, mostly when I feel compelled to explore some issue on a deeper dive.

Ah crap – I’m supposed to be on a field trip right now!

I’d be remiss as well not to consider my various profiles on LinkedIn, ResearchGate, Google Scholar, and ORCID. But in recent years, nothing has changed my social media presence as much as my time on Twitter. It’s there that I celebrate today a new milestone: 1500 followers for @Seiurus.

My traditionally-considered formative years are long behind me, and even back then my upbringing was considered socially conservative. Raised in a traditional Catholic family, we never really got on board with Vatican II, and this silly nonsense about saying the mass in English. We were taught to keep our heads down and our mouths shut. Next to faith, I’d say that humility was the most important quality that good Catholics instilled in their children. Thankfully I’ve since recovered from the meritless faith, but the emphasis on humility was, if anything, further stoked through graduate school and in charting a career in academia. There’s always someone smarter, more productive, working harder. You were lucky to get the job you have and there are dozens out there who could do it better. When will they find out I’m a fraud? An impostor. Best keep my head down and my mouth shut. I’ll let my work speak for me.

Whether it’s a deep-seated impostor syndrome, some holdover from childhood lessons against growing prideful, or simply a tendency among many in science to see self-promotion as a bit vulgar, a lot of us are lousy at tooting our own horns. I know I am. So for several years as I made attempts to build a social media presence I was highly selective in my choice of people to follow. If people found me, great! But if I went out looking for them, that was a bit too far. That felt like shameless self-promotion to me.

Thankfully, I’ve since learned that that was a silly approach to building my social media presence. The whole point should be to build a network of people for whom my work and my ideas might resonate. Screaming into a void can be okay sometimes, but what’s wrong with inviting people to my tune into my void? The best way to do that? Reach out. 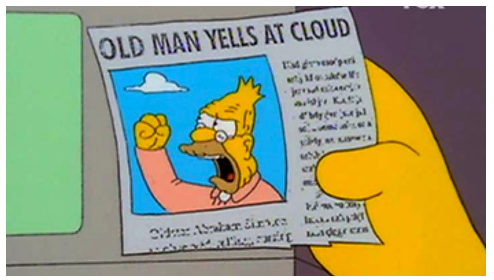 Twitter – especially Twitter – has emerged as an extraordinary learning resource for me that has helped me connect with science- and conservation-minded people all over the world. Not only have I gained access to new scientific content through links to journal articles and other presentations, I’ve been able to connect with the people actually doing that interesting work. I’ve learned more about diversity and struggles of underrepresented minorities in academia in the past few years on Twitter than I had during the entirety of my professional life before then. These revelations have absolutely made me a better educator. I’ve also built my own network of young scholars who can benefit from my experience. Mentoring is a good thing for both parties; on Twitter I’m mentoring dozens (hundreds?) of people simultaneously.

Thus dismounted from my high horse, I stopped worrying about shamelessly soliciting followers and I started doing something that would help me be most effective at building my network: I started shamelessly following everyone who was following me, and following a few newly suggested folks every day. I don’t care that I’m following 1000 more people than are following me. My goal is to increase the number of people following me. This builds my network, exposes me to new ideas, and – ostensibly the reason I have a social media presence at all – provides a built-in audience for the content I provide. That content is not pearls of wisdom in an endless string, but every 20th post or something really does seem to resonate with someone. That’s pretty cool.

So here I am at a decent milestone: 1500 followers at a time when academics need more than ever to support each other; when aspiring scholars need advice to help them level-up; when science and critical thinking take a beating from the politically powerful; when CO2 has consistently topped 400 ppm, human population hurtles toward 8 billion, and populations of once-abundant species are in freefall; when marginalized people need real allies; when fellow humans suffering from depression or anxiety need to see something wholesome and funny or just feel reassured that someone is listening. If I can be a part of a network that does stuff like that, you’re damn right I’m going to work on building that network, even if it takes a few selfies to get there.

1 Response to Do my social media milestones matter?